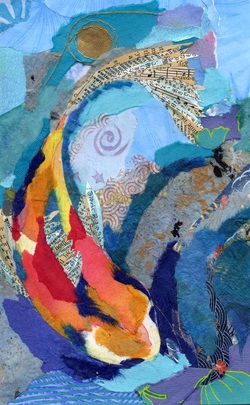 Wanda Edwards graduated with a degree in scientific and technical illustration from the Rhode Island School of Design.

Her technical training that draws her to paint local architecture, she has a passion for watercolor and has found a great mix between realism and impressionism in her “torn paper paintings.”

Wanda worked for a number of years as an in-house artist painting on porcelain at Sherle Wagner International. She has also taught art a local private school, is a member of the Westport Art Group the Fall River Art Association where she also taught adult watercolor classes. 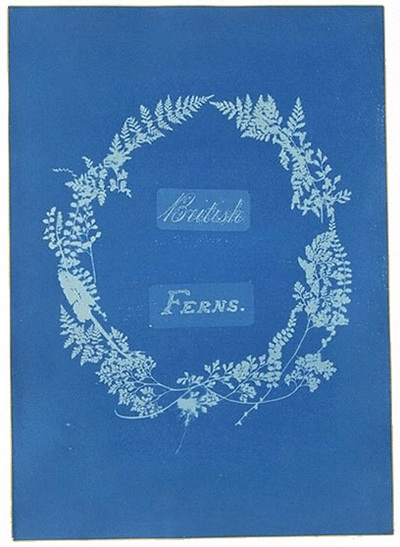 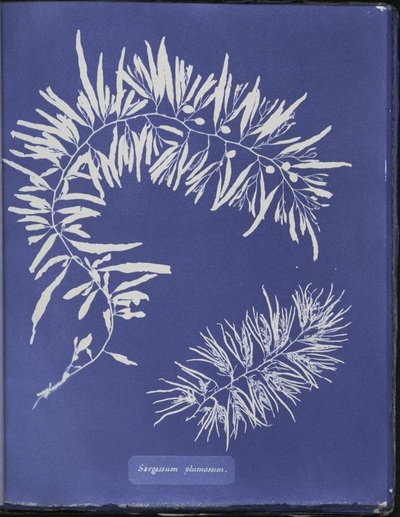 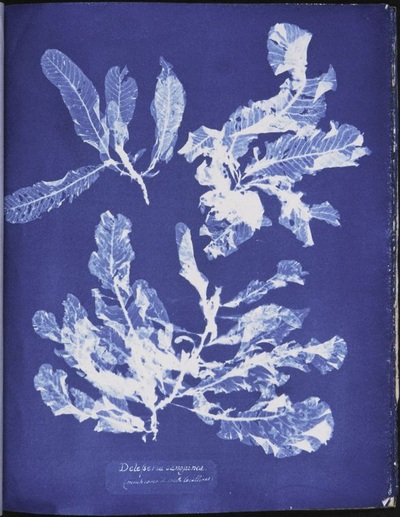 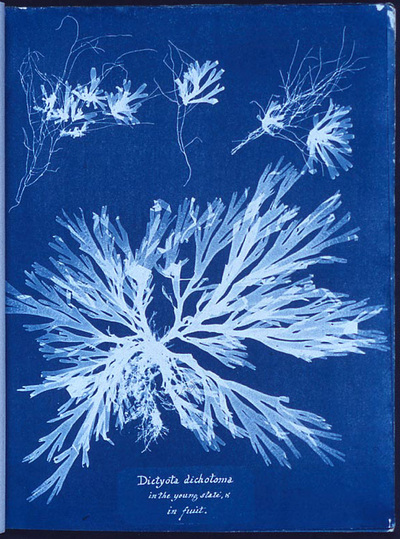 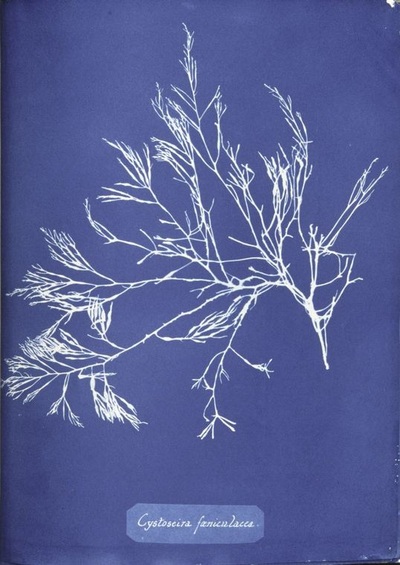 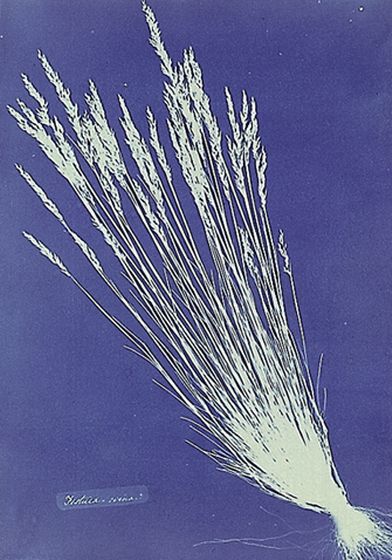 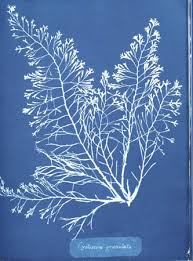 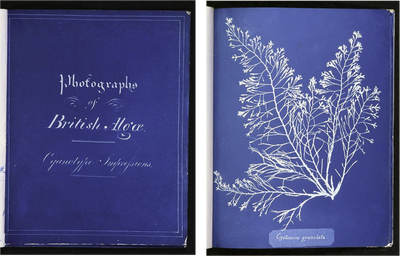 Anna Atkins (née Children; 16 March 1799 – 9 June 1871[1]) was an English botanist and photographer. She is often considered the first person to publish a book illustrated with photographic images.[2][3][4] Some sources claim that she was the first woman to create a photograph. Atkins was born in Tonbridge, Kent, United Kingdom in 1799.  Anna became close to her father John George Children.[7] Anna "received an unusually scientific education for a woman of her time."[8] Her detailed engravings of shells were used to illustrate her father's translation of Lamarck's Genera of Shells.[8][9]In 1825 she married John Pelly Atkins, a London West India merchant.   Atkins pursued her interests in botany, for example by collecting dried plants. These were probably used as photograms later.[8]  § 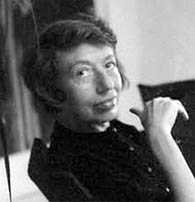 Lee Krasner (October 27, 1908 — June 19, 1984) was an influential abstract expressionist painter in the second half
of the 20th century. On October 25, 1945, she married artist Jackson Pollock, who was also influential in the
Abstract Expressionism movement.[1]Krasner was born as Lena Krassner (outside the family she was known as Lenore Krasner) in Brooklyn, New York to Russian Jewish immigrant parents from Bessarabia.[2] [3]

She studied at The Cooper Union and the National Academy of Design, and worked on the WPA Federal Art Project from 1935 to 1943. Starting in 1937, she took classes with Hans Hofmann, who taught the principles of cubism, and his influence helped to direct Krasner's work toward neo-cubist abstraction. When commenting on her work, Hofmann stated, "This is so good you would not know it was painted by a woman."[4] In 1940, she started showing her works with the American Abstract Artists, a group of American painters.
[edit] Works Krasner would often cut apart her own drawings and paintings to create collages and, at times, revised or discarded an entire series. As a result, her surviving body of work is relatively small. Her catalogue raisonné, published in 1995 by Abrams, lists only 599 known pieces. She was rigorously self-critical, and her critical eye is believed to have been important to Pollock's work.

Krasner struggled with the public's reception of her identity, both as a woman and as the wife of Pollock. Therefore she often signed her works with the genderless initials "L.K." instead of her more recognizable full name.[5]

Krasner and Pollock gave each other reassurance and support during a period when neither's work was well-appreciated. Like Picasso during the brief period of his interaction with Braque, the daily give-and-take of Pollock and Krasner stimulated both artists. Pollock and Krasner fought a battle for legitimacy, impulsiveness and individual expression. They opposed an old-fashioned, conformist, and repressed culture unreceptive to these values, which was put off by the intricacy of Modernism in general.[6] 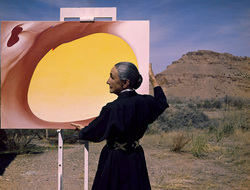 American Painter.  O'Keeffe spend time painting in New Mexico, Lake George, NYC as well as Texas and South Carolina.  She lived to be 100 years old!  She was inspired by America- landscape, natural objects and even the city although she said "I am not a city girl."  Although many men did not like her use of bright color, she continued to paint in her own way and did not see being a female artist in the early and mid 1900's as a limitation. 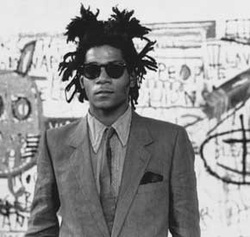 Jean-Michel Basquiat (December 22, 1960 – August 12, 1988) was an  American artist.  He
began as an obscure graffiti artist in New York City in the late 1970s and evolved into
an acclaimed Neo-expressionist and Primitivist painter by the 1980s.

Throughout his career Basquiat focused on "suggestive dichotomies," such as wealth versus poverty,
integration versus segregation, and inner versus outer experience.  Basquiat's art utilized a synergy of appropriation, poetry, drawing and painting, which married text and image, abstraction and figuration, and historical information mixed with
contemporary critique.  Utilizing social commentary as a "springboard to deeper truths about the individual",Basquiat's paintings also attacked power structures and systems of racism, while his poetics were acutely political and direct in their criticism of colonialism and support for class struggle. 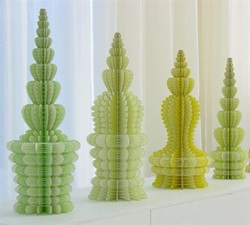 Ferry Staverman (b. 1947)
I am always fascinated by the art of making 2D paper into a 3D masterpiece. Many
fine great artists have proven again and again that creativity has no limits and
been pushing boundaries so that we can have more wonders and fascination to
marvel at.
Ferry Staverman is a dutch artist living in the city of Apeldoorn. Staverman
creates paper sculptures, which use repeated forms to create pseudo
three-dimensional shapes that is further enhanced with string. The pieces are
made from a recycled cardboard material and range in size, from small table top
works to 5m tall ‘trees’.


Ferry
Staverman's works are part of an ongoing group show at Rowan
University Art Gallery, on view till 14th Dec.
2011.

Create your own unique website with customizable templates.
Be a Visual Communicator